Gold of the Ocean

Oil in the EXACT form it is found in the liver 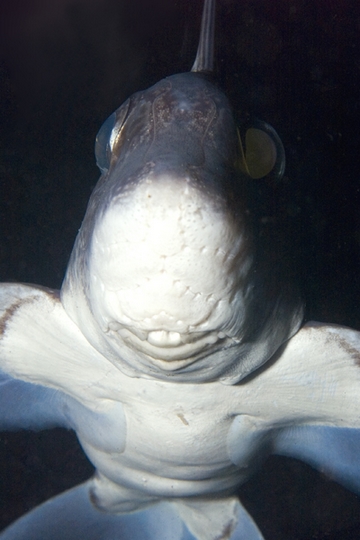 Extraction techniques, including so-called fermentation, have been used in the past to render fish liver oils. However, real fish liver oil does not exist in a fermented state, and only achieves this state once the fish dies and is allowed to rot for a prolonged period of time. This is why the pre-industrial process for extracting fish liver oils was described as the ‘rotting process.’

This process involves putrefaction (although early stages may also be autolytic), a process of disintegration where the livers are left to putrefy (rot) in casks or vats, resulting in the bursting of the walls of the hepatic (liver) cells and the escape of a certain proportion of the oil, which collected on top. This oil was known as “rotted cod oil,” NOT fermented cod oil.

The term fermented is erroneous when applied to such foods because fermentation properly means the anaerobic, or partially anaerobic, oxidation of carbohydrate.

The process involved in the rotting transformation is actually putrefaction, the anaerobic degradation of proteinaceous materials, where proteolytic bacteria literally decompose the liver protein with the resultant production of offensive odours (putrid) and flavours. However, fermentation of the liver can occur to a very limited degree, producing lactic acid. The lactic acid originates from the natural conversion of the glycogen reserves in the liver.

There is a lot of misunderstanding regarding the Vikings and their use of the so-called fermented oils. Actually, the Vikings considered the oil which had undergone MINIMAL fermentation, with a characteristic light yellow colour, and WITHOUT any unpleasant odour or taste, as the best quality oil. This oil is termed “iioa Mediein Tran” or raw medicinal oil.

It is the products of biological decomposition, derived from the putrefaction of various constituents of the liver which, to a large extent, give the darker fermented oils their characteristic brown colour and far from delightful smell and taste. They are present in the oil as a result of the process used. But these products of putrefaction are not essential constituents of liver oils from both a chemical and therapeutic point of view. These darker oils, can in many instances, result in symptoms of gastrointestinal distress.

The REAL OIL contained in the hepatic cells of the fresh liver is straw coloured, without an unpleasant odour and flavour, having a bland, fish-like, and not a disagreeable taste. Scientific publications before the industrialisation of oil, confirm the superiority of the light straw coloured oils to the darker variety.

As a result of the very ancient extraction technique we use, our oil is pure and simple, obtained from the liver in its natural state, and reflects the nutritional profile of its source fish liver oil, making it a true unrefined “whole food.” It is the real oil as contained in the liver of the fish. It contains no decomposition products, such as are found in the darker oils. The oil maintains exactly the same form and composition that nature gave it, without being altered in any way.